Please sign in to use our offer and news save feature and see your favorite job offers and articles with a single click.

What is Discrimination in Hiring and What Recourses are Available?

You look for a job for weeks and finally find a job description that suits you perfectly. You have all of the professional experience, training and skills they’re looking for, so it should be a cinch.

But after applying and interviewing for your dream job, you get turned down. Your candidacy matches the job description perfectly, so what could possibly explain the refusal? Could you be a victim of hiring discrimination?

In this article, we take a look at discrimination in hiring, how to recognize it and what recourses are available to victims.

What is discrimination in hiring?

Discrimination in hiring is a form of work-related discrimination. An employer who discriminates in hiring chooses employees subjectively rather than basing their decision on skills and aptitudes alone.

For example, an employer might decide not to hire a perfectly qualified candidate due to their sexual orientation.

This form of discrimination, which can occur for a variety of reasons, is against the law. In Quebec, employers are forbidden to treat candidates differently for any of the following reasons:

How to recognize different types of hiring discrimination

Any behaviour from an employer (words, actions, gestures, etc.) that results in the exclusion of a candidate for discriminatory reasons is considered discrimination in hiring. It’s important to note that behaviour can result in discrimination even if that was not the employer’s intention.

The Charter of Rights and Freedoms recognizes three types of discrimination, all of which are illegal in Quebec. They are described below to help you recognize them more easily.

Direct discrimination can also pertain to a candidate’s potential future with the company. For example, an employer might refuse to hire a person in the early stages of pregnancy because they will need to be replaced temporarily during parental leave.

For example, a height requirement for a position could potentially be considered a case of indirect discrimination in the workplace, since women tend to be shorter than men.

In such a case, the employer would need to be able to prove that the height requirement is essential to performing the tasks associated with the position.

Systemic discrimination is a little more complex than the two types explained above. According to the Commission des droits de la personne et des droits de la jeunesse (CDPDJ), this type of discrimination occurs “when attitudes and decisions that are tinged with bias make their way into organizational models and institutional practices.”

When people are excluded due to this ingrained bias, it is considered systemic discrimination.

An example of systemic discrimination is the underrepresentation of visible minorities and racialized groups in leadership and management positions.

Recourses for victims of discrimination in hiring

If you have experienced hiring discrimination in Quebec for one of the characteristics protected by the Charter of Rights and Freedoms or because of your criminal record, you must file a complaint with the CDPDJ.

Note that the CDPDJ cannot help if the discrimination occurs outside Quebec or if the complaint involves an institution that is under federal jurisdiction, such as public services, the RCMP, banks, radio stations, etc.

If you are a victim of hiring discrimination, there are several ways to file a complaint with the CDPDJ. You can file a complaint on your own, through an organization that files on your behalf, or through a witness who represents you if you are a person who requires assistance due to age or disability.

You should file a complaint as soon as possible after you experience the discrimination. Legally, you have up to 3 years after the incident occurs to report the discrimination, or up to 6 years if the situation involves a police department or a municipality.

The information to include when filing a complaint with the CDPDJ is as follows:

Once you have collected all of the relevant information, you can submit your complaint to the CDPDJ by e-mail or by mail.

Once the complaint has been received, the CDPDJ will strive to process it completely within 15 months, during which time you will be kept informed of each step of the investigation.

Find out more about employment and hiring on our blog

Unfortunately, discrimination in hiring is a very real problem in our society. Many studies conducted in recent years have proven that certain groups and minorities have a lower chance of getting a job simply because of their personal characteristics.

Employers need to make an active effort to avoid all types of discrimination, and employees should always report discrimination if they witness it.

Check out the news section of the Fed Finance website for more advice about accounting and finance jobs and recruitment in Quebec. 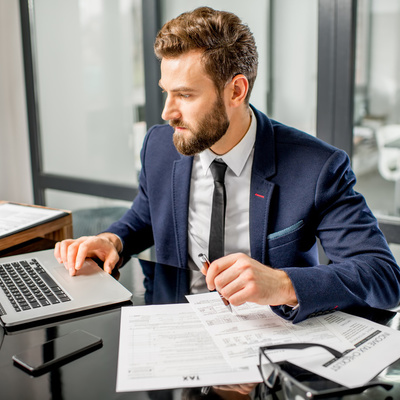 What is a chartered accountant?

The accounting sector includes many different professions and a chartered...
Posted by Fed Finance Canada
Posted at 23/01/2023 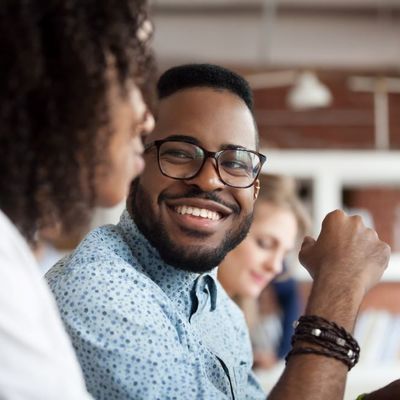 The Importance of Wellbeing at Work

The labour market has changed significantly in the last few decades. While some...
Posted by Fed Finance Canada
Posted at 24/08/2021 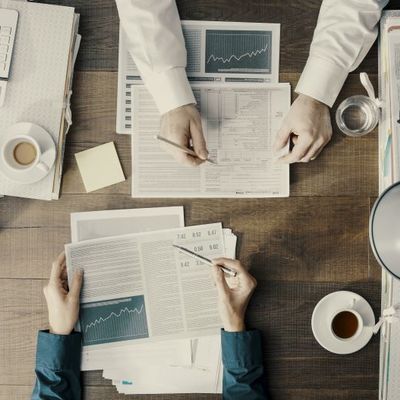 The 2021 Guide to Taxation in Canada

Are you interested in taxation? Do you have questions about how the Canadian tax...
Posted by Fed Finance Canada
Posted at 08/06/2021
Contact
Where to find us
Fed Finance welcomes you in downtown Montreal. Our recruitment consultants will be pleased to discuss your profile and assist you in your search.
Contact us !
Join us
Working at Fed Finance
We hire new recruitment consultants all year long. Interested in a new challenge? Apply now!
Apply